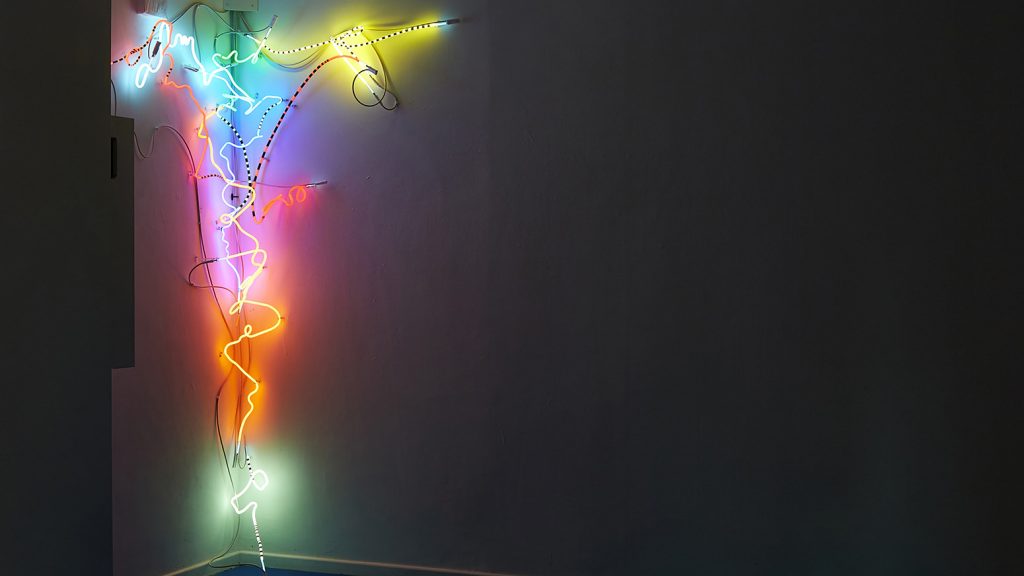 In this series of light arrangements, I’ve set out to map the urban landscape around me. I’ve used the city streets Belfast as my canvas. City lights is the ink and my camera becomes a drawing tool – capturing these fleeting patterns in “light paintings”.

My initial role is that of observer and photo-documenter, studying the outlines created by city lights and as the traffic moves. I control the freehand long exposure of my camera allowing me to track trails of light.

This process involves a degree of chance.  As the camera moves when I walk, accidents occur, recording unexpected images and adding spontaneity and playfulness to the light drawings. Objects and people also imprint as black marks, as they obstruct the lights from the traffic and city lights. I later deconstruct and visualise these photographic images in three-dimensional neon installations, translating the urban setting into to kinetic light pulses.

This enables the viewers to peer into previously unseen patterns and glimpse transitory movements now captured in light. Neon is somewhat transitory in its own physical qualities. It can often be loud and insistent but through careful manipulation, it can produce a subtle poetic light that radiates, inviting the viewer to see in new ways.

As an artist, I construct each aspect of my neon sculptures. Through this, I gain a degree of control and can challenge the medium by removing the industrial maker, and adapting traditional neon techniques to free the medium from its conventional restrictive space.
This allows me an unrestricted approach to both my research and practical work. I’ve attempted to “tame” the medium so that the neon’s light whispers, inviting the viewer in closer to the work.

An important part of the process for me is to record the sounds of the city as I walk through, taking long exposure photographs. I correlate the different sounds I hear—cars going by, people talking, ambulance passing by or seagulls overhead—to match the sequence of the neon lights as they turn on and off. I’m searching for ways to embody the real-time kinetics of the original Cartography, activating the space with dark pauses in one instance and bright glows the next. 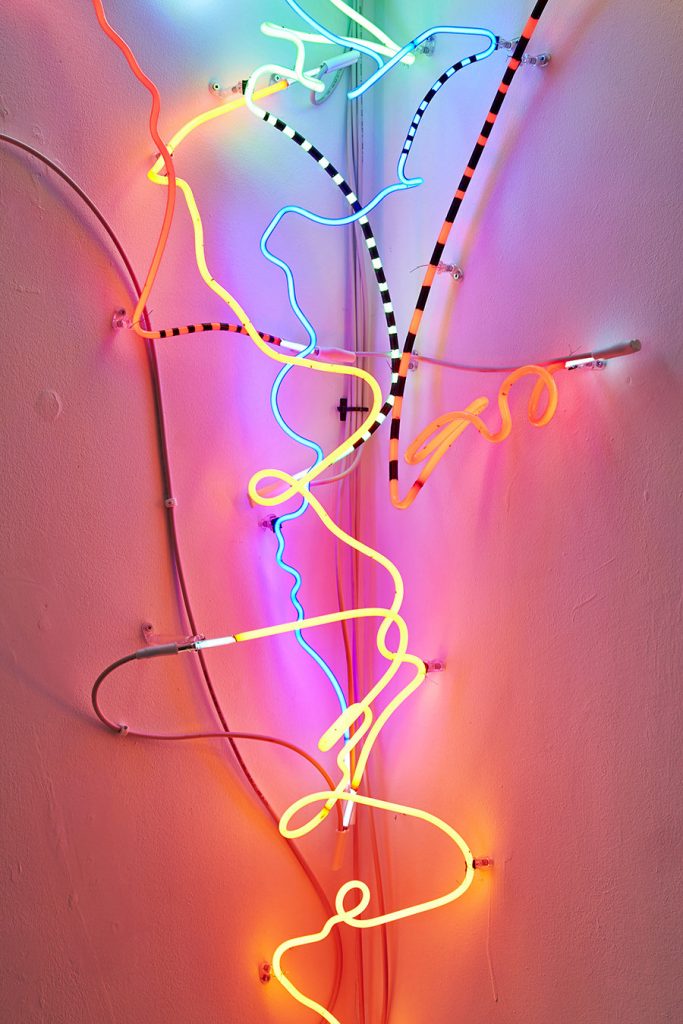 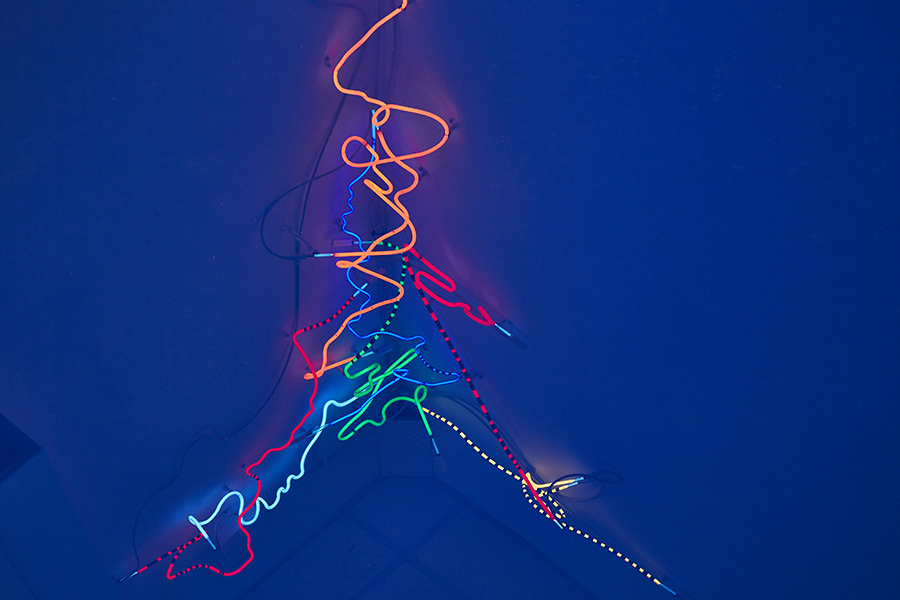 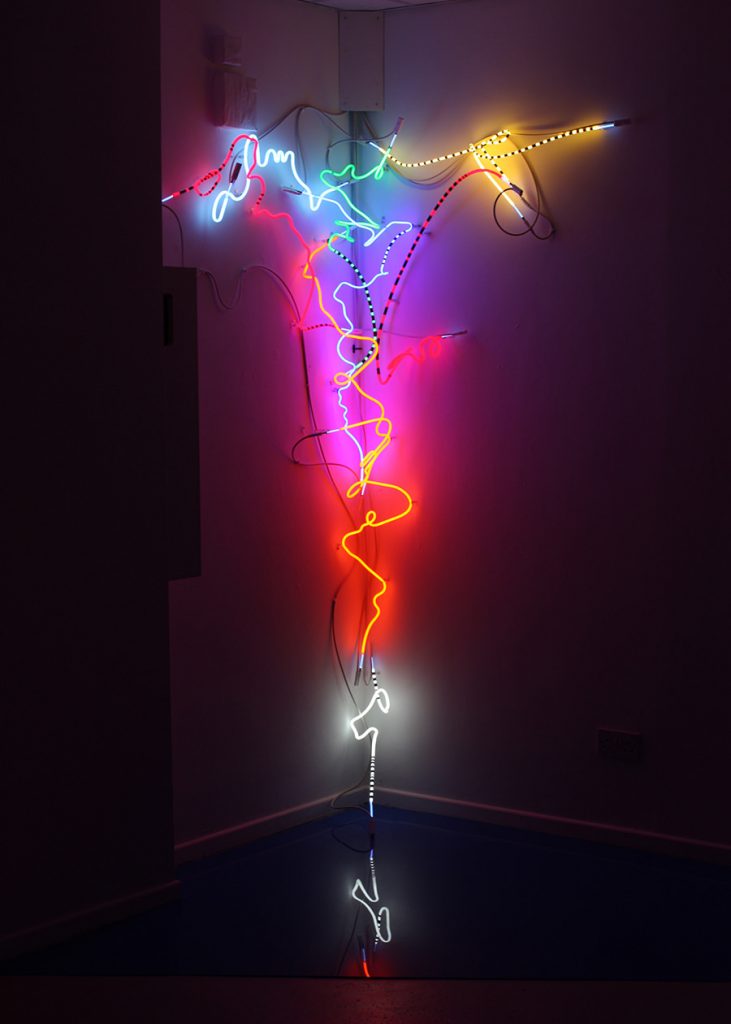